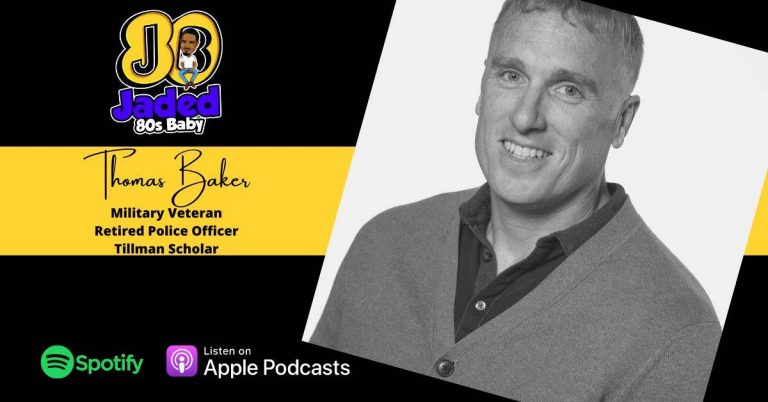 This week’s guest is Thomas Baker. He’s a military veteran and ex-police officer who is pursuing his doctorate in criminology. Tune in as we discuss police training, their relationship with the communities that they police, the use of deadly force, the gun debate, and fixing America’s criminal justice system.

02:41 – Trying to find meaning in life after police work

04:28 – Loyalty to the uniform vs loyalty to your race/community

07:34 – The effects of a lack of trust between the police and the community their policing

18:20 – Why did Tom retire from the police department?

19:54 – The first time Tom used physical force on the job

24:18 – What’s the real reason that police officers use deadly force?

26:10 – Breaking down the Rayshard Brooks killing in Atlanta

27:55 – Undertrained police officers and the type of training that officers actually need

31:02 – Are officers wary of being partnered with an officer who shows fear on the job?

36:15 – The George Floyd protests and the impact on conversations surrounding systemic change

38:52 – An ex-police officer’s take on defunding the police

43:10 – How to solve societal problems at the root

48:07 – Will the criminal justice system ever get fixed?

50:05 – America’s future and the upcoming election

59:59 – What do you hope to achieve with your doctorate in Criminology

1:01:00 – The emotional aftermath of his use of force event as a police officer

Connect With the Guest